Nigerians have taken to the micro-blogging site, Twitter to air their opinions on the new single released by rapper Olamide titled “Poverty Die“.

Concise News had reported earlier that the YBNL record label boss and frontline act explored another career option in the video of the new single.

The animated video, which was released on Thursday, saw the rapper dressed as a prophet with a bell in his hand.

The song was produced by Pheelz and its all about rejecting poverty and all that it represents.

Moments after the song and the video was released, Nigerians took to the social media to react to the song, with many turning it into a prayer point.

Garr News captured some of the reactions below…

I no well I get money sickness

Is this going to be our Street Anthem for December???

Cause Poverty must Die!!!!! @olamide_YBNL drops new music and it’s one alot of people can relate to. We already love the song 💃💃💃

Do you need that spiritual track to keep you motivated all day? Then @olamide_YBNL #PovertyDie is what you need https://t.co/GT6smt2EII

@olamide_YBNL just released a song that matches with what we all profess in our everyday life. It’s a lowkey prophetic song 😂🚀. Everybody knows this is what we all need right now with the hardship in Nigeria. Say no to poverty, #PovertyDie https://t.co/VM5IeRd4M1

The next street anthem, the jam talking to a lot of people who made it from the street.

When i wake up no be by my power o

When i wake up, no be by my power oo

I go down on my knees and thank God oo

And I step into the street for my paper 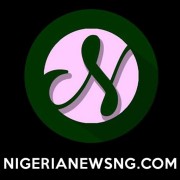 A PRESS RELEASE ON THE SONG “HOME” BY STEPHEN JESIMIEL

For Jazz Appreciation Month: Jazz Artists Who Got Their Glasses On

Home Studio on a Budget