Davido, one of the winning Nigerian artist has blown the minds of people early hours of today. Love becomes so sweet when money enters. On the contrary to earlier report that Davido has some issues with his babe Chioma, they were seen enjoying their life, partying so hard to nullify earlier rumours about them.

To crown it all, Davido showed the world how he really loves his girlfriend Chioma, he bought a diamond Patek Philippe watch worth of 6million naira for Chioma as early Valentine gift.

This is quite intriguing and fascinating, the world believes that this is a step higher for the couple. 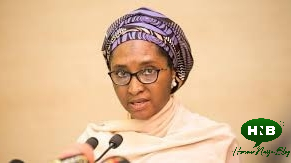 Buhari directs SGF and Head of service to merge some agencies